The past 7 days have been a great time to be UFC fan and it seems that this will continue for the foreseeable future. We had a passing of the torch moment and a bad referee call at UFC 234, talks of an interim title in the middleweight division and a lot of rumors about upcoming match up being teased also. We will cover these and more in today’s edition of The UFC Weekly Roundup by Pureveilmma.com.

The biggest news of the week, of course, is the result of the UFC 234 main event between Israel Adesanya and Anderson Silva. For many, this will a passing of the torch moment with many comparing the 29 years old to a younger Silva who spoke highly of the legend throughout the build-up and continues to do so after the fact. He not only defeated one of the greatest mixed martial artists of all time, but he even bested him on the feet with 49% of his total strikes landing to Silva’s 45%. To the untrained eye, this may not seem like a significant statistic, but to those who saw the fight (I implore you to go out of your way and see it) these numbers not only prove that Adesanya was the better man on the night but to a degree, that Anderson Silva is still a contender in the middleweight division.

Moving forward from UFC 234, it appears that Anderson Silva is lobbying for a potential fight against Nick Diaz at UFC 237 which takes place in Silva’s home city of Curibta in Brazil. For all the details on that potential fight, check out the article I wrote earlier this week:

In regards to Adesanya, his next bout is very much in limbo at the moment. Despite Dana White explicitly saying that his bout against Anderson Silva was for the  “No. 1 contender position”,  Robert Whittaker’s health has thrown a spanner into the works. The initial plan was for Robert Whittaker and Kelvin Gastelum to fight for the middleweight belt and then the winner of Anderson Silva vs Israel Adesanya would then go on to face the champion. However, Robert Whittaker was pulled from his title fight due to a hernia of the intestine and a twisted and collapsed bowl which was causing him intense pain to which, if he fought and he took damage to the body or the injury acted up during the fight, could have lead to the injury becoming fatal. Luckily, the middleweight champion is now out of surgery on the road to recovery and is expected to be back in the octagon this summer. We here at pureevilmma.com would like to wish Robert Whittaker a speedy and healthy recovery <3.

Now, you’re probably asking yourself, where does this leave the middleweight division? Of course, Kelvin Gastelum turned up to fight and the title fight was his so surely he should be next in line, right? However, you now have another contender in the mix in Adesanya who has a lot of momentum coming out of his fight with Anderson Silva. You also have Jacare Souza who is coming off a big win over Chris Weidman back in November lobbying for a title fight as well as Yoel Romero who is without an opponent after Paulo Costa pulled out of their fight on the UFC fight night card in Brooklyn this past January.  That makes it at least 3, possibly 4, top contenders in the middleweight division all have a claim to be next in line for a title fight.

If it was up to Adesanya, Robert Whittaker would be stripped of the middleweight belt and he and Gastelum would be fighting for the title. In a recent interview, he said that “Legitimately, just take the title off him (Whittaker), and me and Kelvin fight for the belt.” In response to the possibility of an interim title being introduced, Adesanya simply stated “fuck interim. Let’s fight for the real belt.” When Robert is ready, he can come to see me…All I know is I’m fighting for the UFC middleweight title in my next fight.” However, its the UFC’s decision ultimately and he is not the only horse in this race. For example, Jacare Souza tweeted out asking Dana White for an interim title shot in Curitiba, Brazil against Kelvin Gastelum. But what do you think? Leave your thoughts in the comments section below and stay tuned to pureevilmma.com and follow my Instagram account ufc_news_official to be updating on this story as it progresses.

Of course, the main event was not the only newsworthy fight at UFC 234. The main card bout between Jim Crute vs. Sam Alvey fight has been engulfed in controversy due to the questionable stoppage by arguably one of the most reputable referees in MMA Marc Goddard. Dana White even commented on the stoppage during the post-fight press conference saying, Goddard, did “a really bad job” and he has since come out and said  ”Going back and looking at it again, if I could run it back again, yeah I would have taken a half step back,”

Despite this, Marc Goddard does attempt to defend his decision somewhat as he goes onto say “It wasn’t one, two or three shots I’m jumping in and stopping,” he said. “It was 16. Sixteen shots. And at that point, I’m taking into assessment, I think he’s hurt and not recovered from the original knockdown. I think he’s hurt, I see his head on the mat, I see the shots coming in and I make my call. At the same time, as I’m doing that, people are saying, ‘Didn’t you see Sam’s thumb up?’ No, I didn’t. Wholly and honestly, I didn’t see his thumb up, because his arm is outstretched and my focus, my vision is on where these shots are trying to land.” This, of course, leaves the loser of this bout, Sam Alvey, on a two-fight losing streak who immediately got back to his feet after the fight was stopped to protest the decision. What do you think? Leave your thoughts in the comment section down below.

In heavyweight news, Francis Ngannou is, not surprisingly, predicting a knockout win over Cain Velasquez this weekend in Phoenix, Arizona. This will be Cain’s first fight back in the UFC since his win over Travis Browne at UFC 200. Francis also thinks that a win over Cain will put him in title contention against Daniel Cormier. However, Daniel Cormier has already exclaimed whom he wants to fight next.

Although DC has said he thinks that Stipe Miocic is acting “entitled”, if DC does not get to fight Brock Lesnar then he seemingly is open to fighting Stipe once again. DC currently has three fights left on his contract and those rumored fights will be against Brock, Stipe, and Jones. But what do you think? Will a win for Ngannou put him in title contention and force DC to fight him?

Finally, Conor McGregor and Khabib Nurmagomedov have been making headlines again this week. Khabib’s manager has been quoted in a recent interview saying Khabib is not interested in fighting Conor again in the octagon but instead will fight Tony Ferguson “for a lot less money because he is not about the money”. Khabib’s manager, Ali Abdelaziz, has seemingly backed this up but in a different way than you would expect. In an interview earlier this week, he said in regards to Khabib and Conor’s beef that “This fight will happen in the street, parking garage, under the bridge. This shit is not over. Especially when you keep running your mouth’. It appears then that we are more likely to see Conor vs Khabib 2 in a parking lot than in the octagon.

Pureevilmma Photo of the week- 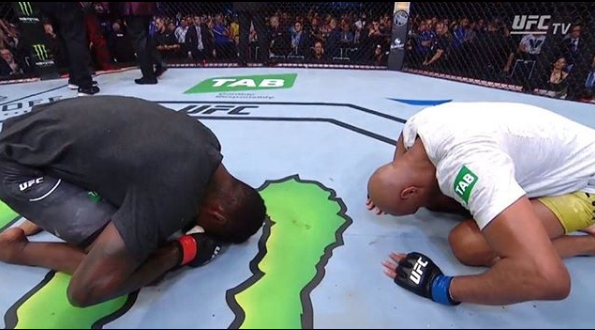 Pureevilmma meme of the week- 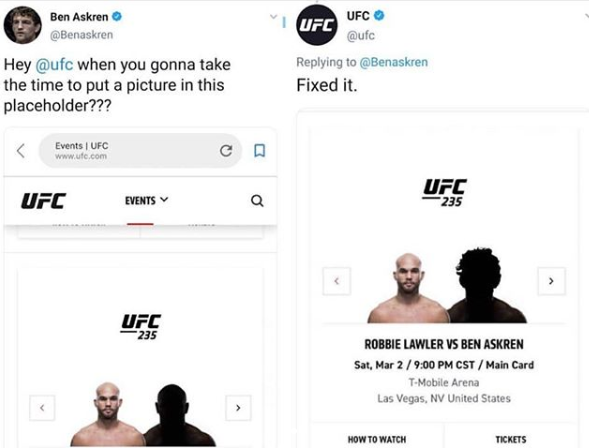 Pureevilmma video of the week-

Pureevilmma fight of the week-

Pureevilmma fighter of the week-

Good Morning, Good Afternoon and Good Evening Everybody! I am the owner and creator of MMA Online and the Instagram page ufc_news_official which has over 19,000 followers! I am a Philosophy student and currently a yellow belt in kickboxing and have been a fan of MMA since 2013. I have previously written for WrestleTalk and MMA UK.

This site uses Akismet to reduce spam. Learn how your comment data is processed.